Higher Ed Branding in The Land of Enchantment

New Mexico has a healthy supply of higher education institutions. From a branding perspective, the styles are very limited and limiting despite this supply. Most logos do have an icon, ranging from an abstract shape, monogram, or simple motif. There are few logotypes. Branding style in New Mexico appears dated and ready for rebooting.

The highlighted brands below were designs that stood out to me.

The gallery of 25 logos is displayed at the bottom of the page. Let me know what you think on Twitter or LinkedIn!

Eastern New Mexico University and New Mexico State University take a tactic that doesn’t typically fail from the technical design perspective. The single-color solution, strong contrast, contained within a shape that commands a lot of focus – the strategy works. It can work against itself, though, if the typography isn’t served well. These two universities are good case studies in how typography can or should (or shouldn’t) be treated within a big block of color. Eastern New Mexico is all caps, block-justified, separated by horizontal rules. This is a good composition and hierarchy, especially with Eastern appearing bolder despite being the same style of typeface – the increased scale creates a more bold appearance. Note that it’s hard to maintain focus despite this composition: it feels compact, the varying sizes of typeface create disjointed kerning, and the flow of the hierarchy pushes immediately to the bottom…with a specific emphasis on “university.” Alternatively, New Mexico State University compromises its own title for the sake of conforming to a concept: fitting the title within the state illustration. The kerning is still tense and tight in some areas and looser in others. A lot is going on in both solutions despite both looking like not much is going on.

CommCentered is a fan of Native American motifs both in style and in substance. Using symbolism from the various Native American cultures typically makes for a more immersive and rich design solution. The SIPI logo featured here is a great example of style and substance built into a brand. The typography could use some modification to better serve the symbol. The Santa Fe Community College logo, while not necessarily being a motif sourced directly from Native American culture, still evokes that sense of connection while also serving as a visual metaphor of a person or group of people.

You can never go wrong with a great monogram design. UNM and the New Mexico Military Institute are both using monograms to differing results. For example, UNM’s monogram design has a complex interplay between the letters, the foreground and background relationship, and a focused balanced that makes it a successful solution. If you take a hard look, the invisible shape the monogram creates is a horizontal diamond. Each of the letters is trapped inside of it and to be effective, balance is necessary – which is why the U is larger and center-positioned with the N and M being the same size. It’s on the border of being too busy, but not quite there. It’s a well-composed solution. The contrast to the UNM logo, though – the New Mexico Military Institute – is too complex in its interplay between letterforms and the foreground and background. While it is balanced symmetrically  (which is admittedly hard to do in some cases with a monogram) it is just too visually overwhelming to maintain a centralized focal point. Scalability is also an issue – the more elements you have, the more details you lose as you decrease scale. 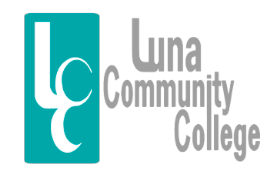 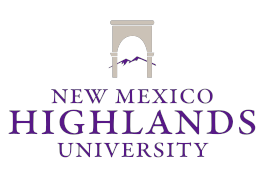